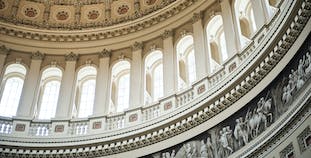 NPF advocates continued momentum to ensure access to care for all.

As Congress closed its doors for summer recess in August and federal lawmakers went home to reconnect with their constituents, National Psoriasis Foundation (NPF) advocates from across the country made the most of the opportunity by meeting with their lawmakers to discuss important access-to-care issues that affect people with chronic diseases, especially those living with psoriatic disease. Acting in the spirit of Psoriasis Action Month, advocates paved the way for future expansions of this in-district meeting program.

This year, the advocacy team used in-district meetings to build on the foundation of advocacy work that NPF volunteers accomplished during the 2022 Capitol Hill Day in May. Advocates who attended in-person meetings in their home district discussed many of the same topics that volunteers covered earlier this year, such as step therapy, copay accumulators, and Medicare Part D reform. Their persistence paid off – several lawmakers signed onto pieces of legislation addressing these important issues as a result of meeting with community advocates.

Paul Kalousek, who secured a sponsor for the Safe Step Act, legislation that would give patients more avenues to bypass step therapy, found participating in the in-district meetings very rewarding. “After all the setbacks I’ve experienced in securing my own access to care, it felt good to do something that gets us all closer to a world where patients are protected from these unnecessary denials and delays of treatment,” said Kalousek.

Nothing about these meetings would have been possible without the hard work and dedication of the community advocates who volunteered their time and effort, reaching out to lawmakers to schedule the connection, studying the policy issues ahead of time, and carrying out their legislative meetings. NPF advocate Wayne Hauber noted that he was able to put a personal spin on the Safe Step Act. “Connecting the bill’s specific protections to my own experiences, and the experiences of other people with psoriasis I know, really emphasizes that this is a bipartisan bill that creates narrow guardrails, which would protect patients like me,” said Hauber.

NPF led and supported our coalition partners in similar constituent meetings with House Education & Labor Committee Chair, Bobby Scott (D-VA-3), and Ranking Member, Virginia Foxx (R-NC-5). These meetings included patient and provider advocates from across the chronic disease community. Representatives Scott and Foxx are key decisionmakers in whether the Safe Step Act advances, and these constituent-driven meetings are crucial to illustrating the need to reform step therapy in employer-funded health care insurance plans in their local districts.

August also became the month that Medicare Part D reform finally got through Congress. For several years, NPF has responded to the challenges faced by individuals under Medicare by advocating for capping out-of-pocket costs, including a mechanism to spread those costs throughout the plan year. These provisions were included in the Inflation Reduction Act (IRA) that Congress passed and the President signed into law earlier this month!

Capping Medicare Part D out-of-pocket costs to $2,000 is a truly amazing accomplishment for all the NPF advocates, past and present, and will make a meaningful difference in the lives of our seniors. Much work remains, and our team looks forward to continuing this work, especially in looking at the implementation and wider implications of the legislation. To learn more about this bill, read NPF’s statement on the Inflation Reduction Act.

The NPF advocacy team hopes to build on this success by passing more access-to-care legislation in the final months of the 117th Congress, but they can’t do it alone. Are you interested in joining NPF’s advocacy efforts in championing these important bills? Get involved today by using our virtual advocacy portal to write to your lawmakers letting them know the importance of Medicare Part D reform, or asking them to pass legislation to address step therapy or copay accumulators.

Be Your Own Advocate

Learn more about being an advocate with NPF and share your story.