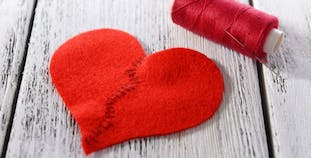 Cyndi Lauper and 'the Heartbreak' of Psoriasis

Lauper shares her psoriasis story and encourages others to speak out.

Throughout her 30-year career, Cyndi Lauper has inspired many people with her hit songs like "Girls Just Want to Have Fun" and "Time After Time." Today, the Grammy-, Tony- and Emmy Award-winning singer, songwriter and actress shows her true colors for a different reason: She has psoriasis and is speaking out about the physical, social and emotional effects of this condition.

Lauper was on tour when psoriasis first flared on her scalp. She'd just dyed her hair and initially thought the sores on her head were some type of bug. A doctor confirmed it was scalp psoriasis.

For a while, a shampoo kept it under control, but when Lauper scratched near her ear, there would be flakes.

"My poor stylist, I remember, she got me this shirt with spots all over it so you couldn't tell," Lauper said.

Her psoriasis changed into what Lauper thought was a rash, but then it started to spread. At one point, Lauper said, it felt like the psoriasis began to grow over her entire body.  When it got really bad, she would just lay in bed.

Like many other people with psoriasis, Lauper struggled with the physical and emotional aspects of living with this chronic autoimmune disease.

"I had to work. So I stopped that….This was the heartbreak," she said. "I was about the go on tour with Cher for the Kinky Boots' build-up. It was really difficult because you are very sick and you're trying to work. And yet, everything you are wearing now is a turtleneck."

Inflammation covered Lauper's arms, legs and stomach. She had to use makeup to cover areas, especially after an outfit had been picked out for her Broadway musical Kinky Boots and she'd have a flare. "And of course they say, 'Don't wear tight clothes!' And I'm like, 'Yeah, right! I'm going to go out in a paper bag?' "

The Search for an Effective Treatment

Lauper was willing to try just about anything for her psoriasis and looked at alternative measures. She started to do coffee enemas on tour. She'd cook the coffee, clean the pot and have to take the coffee in a hotel room. Lauper did this every day and her skin got a tiny bit better, but she lost her voice.

She now takes a treatment that affects her immune system and has to be more regimented about it, but she can dance and do her yoga again.

Connecting with and Inspiring Others with Psoriasis

Because Lauper knows firsthand what it's like to struggle with psoriasis, she wants others to understand they are not alone. She's partnered with the National Psoriasis Foundation and Novartis Pharmaceuticals Corporation on I'm PsO Ready, a national initiative to encourage people with psoriasis to speak out and take the next step in their journey.

"I'm not talking about it because I feel sorry for myself. I'm talking about it because no one talks about it. I didn't understand until I met people from the National Psoriasis Foundation and they brought two other people who had suffered their whole life with it. And what they told me was really kind of moving, that nobody really talks about it and a lot of times you feel alone. I know I felt alone…" Lauper said.

Through the campaign and her story, Lauper wants people who have never heard of psoriasis or who don't understand the disease to know that it's not contagious.

"It affects more than 8 million people, right? And I happen to be one of them. And I'm not looking to do anything but tell people to take care of yourself. Because I was lying in bed, and I felt like it was swallowing me up," Lauper said.