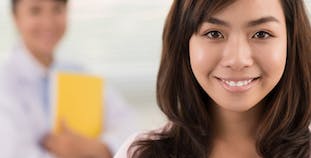 FDA’s decision is the first approval of a biologic for use in pediatric psoriasis.

For the first time, the U.S. Food and Drug Administration (FDA) has approved a biologic medication for the treatment of pediatric plaque psoriasis.

On Nov. 4, 2016, the FDA approved Enbrel (etanercept) for the treatment of chronic moderate to severe plaque psoriasis in children ages 4 to 17.

One of the earliest biologics on the market, Enbrel has been approved for the treatment of psoriasis in adults since 2004. It is an injectable medication that works by lowering the activity of a protein known as tumor necrosis factor-alpha.

The protein, called a cytokine, is released by the immune system to trigger inflammation.

Even though Enbrel is new to pediatric psoriasis, it’s been used for more than a decade to treat children with juvenile idiopathic arthritis, according to Enbrel’s website.

It has also been investigated as potential medication for pediatric psoriasis for several years.

A study published in February 2016 in the Journal of the American Academy of Dermatology tested the long-term effects of Enbrel as a treatment for children with psoriasis. According to the results of the study, which involved almost 70 children ranging in age from 4 to 17, Enbrel stayed safe and effective for up to five years.

The most common adverse events experienced by children in the study included headache, upper respiratory tract infection and the common cold, as reported in the study.

Enbrel is manufactured by Amgen.