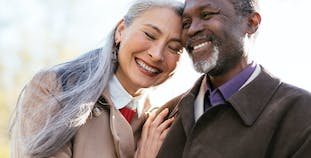 On September 1, 2022, the U.S. Food and Drug Administration (FDA) approved SPEVIGO® (spesolimab-sbzo) Injection for the treatment of adults with generalized pustular psoriasis (GPP). SPEVIGO®, the first and only treatment approved specifically for GPP, is a novel antibody that blocks the activation of the interleukin 36 receptor (IL-36R). The interleukin 36 signaling pathway, part of the immune system, has been shown to be involved in causing GPP flares. [1]

In GPP, also known as von Zumbusch psoriasis, pustules often cover large areas of the body and typically presents with fever, shivers, intense itching, a rapid pulse, fatigue, headache, nausea, muscle weakness, and joint pain. People with GPP tend to have sudden flares that can last for several weeks, and can cause life-threatening complications, such as a sudden drop in blood pressure. [2]

The approval of SPEVIGO® was based on the 12-week Effisayil™ 1 clinical trial, where patients received SPEVIGO® intravenously or placebo during a GPP flare. Over half of patients treated with SPEVIGO® had no visible pustules after one week, compared to placebo (6%). [1]

About 3% of people living with psoriasis develop pustular psoriasis, and it is estimated that GPP has a worldwide incidence of 2 to 7 per million people. Because GPP is such a rare type of the disease, it can be difficult to diagnose, often causing delays in treatment. [3, 4]

NPF is here to help with resources, advice and stories specifically for you to help live the healthy and happy life that you want.