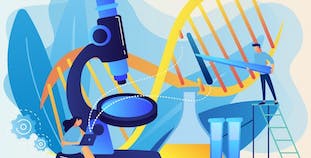 How Scientists and Patients Work Together for a Cure

In Citizen Pscientist, NPF combined the two. Anyone can become a Citizen Pscientist. Here’s how it works: You anonymously answer survey questions that ask about triggers, treatments, comorbidities, lifestyle and disease severity. Once you’ve completed the survey, you share your data, which enables you to explore and analyze everyone else’s data. You can discover patterns, ask questions, leave comments and dream up your own theories.

“I got involved because I thought Citizen Pscientist was such a neat and important idea to get patients involved in the research process,” says NPF medical board member Wilson Liao, M.D. Liao is one of the seven doctors and researchers on the Citizen Pscientist Governance Committee and a professor of dermatology at the University of California, San Francisco.

Historically, patients participated in research as, well, patients. Meanwhile scientists analyzed the data. “Only researchers could do this, until now,” Liao says. “[With Citizen Pscientist,] patients can take any two variables, such as psoriasis and smoking, and see the relationship between the two.”

But Citizen Pscientist is not just a playground for people living with psoriatic disease. Researchers are using this data right now, which means participants are contributing directly to the work of finding a cure.

You Never Know Where Volunteering Will Take You

When they volunteered to help with Citizen Pscientist back in 2015, the five patient members of the Governance Committee – Marc Boas, Alisha Bridges, Frank Doris, Brian LaFoy and Sarah Truman – became trailblazers in psoriatic disease research.

What they couldn’t have predicted is that three years later they would be co-authors of a scientific paper: “Building a Citizen Pscientist: Advancing Patient-Centered Psoriasis Research by Empowering Patients as Contributors and Analysts,” published in Dermatology and Therapy in June of 2018.

“I got involved because it was just one more way I could try and make a difference in the battle to find a cure,” says LaFoy, of Plano, Texas.

“Building a Citizen Pscientist” summarizes the program’s first three years, in which membership rose from 1,870 after three months to 5,332 in July 2018. Eight hundred Citizen Pscientists visit the site every month, many more than once. Together, these pioneers have answered 227,832 survey questions.

“I really appreciate the patients’ willingness and their level of enthusiasm,” Liao says. “Just look at the number of sign-ups and the number of ideas these patients have contributed.”

Among the many findings in “Building a Citizen Pscientist,” these topics were cited as the most important to patients:

These are insights that scientists toiling away in a lab might never have gained without Citizen Pscientist.

Empowerment to the People

The paper emphasizes the “psychosocial” as well as the physical symptoms of psoriatic disease. “Patients often benefit from sharing their experiences with a community of psoriatic patients,” the paper states. “Patients noted that the platform adds to their well-being and allows them to express what research questions matter most to them in a direct and quantifiable way.”

Citizen Pscientist, LaFoy says, “is a help to me in the sense that I get validation from what others are experiencing and trying themselves, though I think I use it more as a platform and opportunity to help others through my input.”

Check out the video