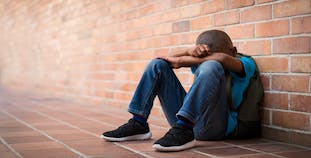 'I Wish I Had Said Something'

Catherine Sanderson, Ph.D., author of “Why We Act,” on how we witness and experience bullying.

Bad behavior, be it taunting, name-calling, slurs, physical abuse or social exclusion, happens all too often. Sadly, while good people disagree with it, many remain silent. When it comes to specific ways that embolden people to behave better by gaining the moral courage to voice their concerns, Catherine Sanderson, Ph.D., Chair of Psychology at Amherst College, Massachusetts, wrote the book on it, called “Why We Act: Turning bystanders into moral rebels.”

In the book, Sanderson explains that while people act according to misconceptions of societal norms, group expectations of outcomes, and fear of consequences, learning self-awareness and confidence-boosting methods that change one’s mental outlook can turn silent bystanders into moral activists who do the right thing.

Sanderson also addresses being bullied, not simply witnessing it. Her expert advice focuses on developing skills for greater control and self-confidence, developing means to defuse uncomfortable situations, positivity training, the necessity for early intervention, and a heavy emphasis on education.

The author of "Why We Act," Catherine Sanderson, Ph.D.

When it comes to bullying, bearing witness but looking the other way happens too often, and the silence costs the victims and witnesses. People who do not speak up when they witness bullying are often left with that familiar, “What if I had said something?” feeling playing over and over again in their heads.

In reference to psoriasis, where unfortunate incidents abound, there is a story often heard about how misinformation about the disease being contagious led to a child being kicked out of a hotel pool on her birthday. There is another story of a boy on a basketball team who had been nicknamed ‘Spot,’ because of his psoriasis. Sanderson says that, “One of the keys is understanding the psychology of what leads to being silent, is that sometimes people misperceive what others are thinking. Could they be agreeing with the bad behavior exhibited? More likely, they actually agree with you, that this behavior is wrong. That recognition can give people the courage to speak up.”

Sanderson says we must encourage and empower people to react at a heightened empathy level when untenable situations arise. “Put yourself in another’s place and verbally react. Think, ‘supposing that was my child? Or me?’”

The Making of Moral Rebels

Believing that you can make a difference, that ethics and actions count, that you have great empathy for others and that the costs of silence can be steep may not be natural to you. According to Sanderson, “People who do speak up differ from others – tend to be less socially inhibited – so they don’t really worry about looking silly, about people not liking them, or being different. This behavior is more common in little kids, who don’t censor themselves or feel embarrassed.”

It’s possible that those who have experienced traumatic events in their lives, or have been bullied or discriminated against, have deepened empathy and outspokenness. “There may be some differences in how people’s brains are structured and the patterns of brain activity,” Sanderson says. “We don’t know If those patterns and structures were there at birth or developed because of the times you acted empathically, so that doesn’t answer the important correlation/causation question.”

When it comes to whistleblowers, Sanderson paraphrases an unknown source who says whistleblowers should be renamed ‘people of conscience.’ ”People who put themselves at risk attribute this factor to their parents – modeling their empathic behavior after those who reached out selflessly to aid others.” Sanderson says. “We need to reframe what we think of people who call out bad behavior as a positive, not a negative.”

“What’s important, is to recognize that you can learn skills to speak up even if this is not your natural forte,” she says. “You can become more of what I call a ‘moral rebel’.  If you usually say, ‘Oh well, that’s not me,’ you can decide instead to develop what it takes to stand up to wrong that you see.”

Profile of a Bully

“Bullies typically are driven by deep feelings of insecurity – bullying  to improve their self-worth,” Sanderson says. “There’s a classic theory in psychology called social comparison theory, which is basically the idea that we get a lot of our self-worth by measuring how we are compared to other people around you. The challenge is when people don’t feel good about themselves, they can feel better by either doing something that makes them feel good or doing something that puts others down.” In the case of the latter, Sanderson says a person is in some ways pointing out that, ”at least I’m better than that person. I don’t feel great about myself, but if I can make somebody else feel worse, than I gain more pride and self-esteem.”

So how should you respond to rude behaviors and comments when you witness them? “Research shows that although most people think that bully is a jerk, they are just quiet about it. As soon as you understand that your view is shared by others, it gives you the confidence to speak up,” Sanderson says. ”One of the keys is understanding the psychology of what leads to being silent wrongly, because one often misperceives what others are thinking.” Sanderson says that silence is not acquiescence, but it can appear that way if nothing is said.

“There are many effective strategies that work against bullies, but it’s not a One Size Fits All – more of a repertoire of skills that can be used,” she says. Those tactics or skills include changing the subject and ignoring the bully. “Learn to think, ‘When someone is bullying and mean, it’s really saying something about them, not me,’” Sanderson says. “The courageous and most direct response involves someone standing up and saying, ‘Hey, that’s not funny, or that’s really hurtful.’ You need bystanders to step up and say, ‘That’s not O.K.’”

But Sanderson points out in warning that a confrontation can escalate. “There are times when the bully can be even harder on the person and lash out at the person who calls them out,” she says. That’s where those on your side, especially a few good friends, help the most.

Avoidance, like changing the subject, is another tool in the arsenal. “Avoid bullies – those who are mean and rude. They are not your friends, right?,” Sanderson asks. “Pay attention to who is sticking up for you. Be attuned socially to them.”

She also urges those who are bullied to, “Reach out to one or two true blue friends who share moral outrage at bullies, [and are] willing to stand by your side.” She says a good ally will come to the defense of a bullied friend by sitting next to them, changing the subject, distracting the bully and communicating disagreement with the bully, thus leading the vulnerable person to feel respected and less alone.

Getting Parents, Teachers, Psychologists, Mentors and Coaches into Your Corner

People in leadership positions, ”can go a long way by clearly communicating what is normative and what is valued in how a school runs, setting up what is and is not OK,” Sanderson says.  She also says that when people in authority positions ignore bullying, it conveys that it is acceptable, that, “this is an environment where bullying is tolerated, and there will not be consequences. It’s really important for these people to intervene early and take an active stance in preventing bullying from happening, or it escalates. It may start as bullying about one thing, but can broaden and become bullying about everything, creating a very unsafe community. Research shows that verbal aggression is often overlooked but can get more intense over time. It should be taken seriously from the outset.”

Sanderson believes that school policy should be zero tolerance, coupled with targeted education. “In the most effective programs, schools focus on empathy instead of punishment, creating an environment where bullying won’t happen because kids speak up when they see any,” she says. “When kids police themselves, that can be very, very effective.”

Some of Sanderson’s key anti-bullying methods for school staff include:

If bullying has led a child or teen with psoriasis or another chronic disease to express that they cannot take it anymore or share thoughts of hurting herself or himself, “It’s really important for that child to get help,” Sanderson says. “It’s also important for parents to make sure that the issue is brought to the attention of school authorities, or any authorities in the particular environment where it is occurring.”

Being a Moral Rebel Yourself

If you have psoriasis, you are your own best advocate. Others can learn from you by good example.

“Practicing positive self-affirmation is a good strategy,” Sanderson says. “Having a little mantra they can say to themselves might go a long way towards helping them cope in the immediate aftermath of something that feels bad.”

Sanderson’s book can serve as an inspiration. It teaches that for the benefit of all, we should challenge social norms where and when they hurt others. And when we witness wrong, take courage and turn those good intentions into verbal moral action so we’re not left with that, “I wish I had said something,” feeling.

Stopbullying.gov is the official federal anti-bullying arm of the U.S. Department of Health and Human Services.

If you or someone you know is feeling hopeless or suffering from suicidal thoughts, call 800-273-TALK (8255) or visit suicidepreventionlifeline.org

Whether you are looking for tips for returning to school or searching for ways to support a teen with psoriasis, Our Spot has what you need.

Visit NPF's Our Spot, for kids, teens and parents