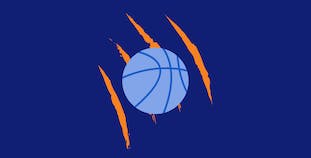 This young woman is learning to heal fast and forge ahead, no matter what challenges psoriasis throws her way.

High school senior Emme Rooney received two things when she was in seventh grade that changed her life: a diagnosis of psoriasis and a nickname.

It would be completely normal for a young person with a chronic, systemic disease to want to hide her psoriasis. It would also be typical that someone with an unsolicited nickname from middle school classmates would want to leave that in her past as quickly as possible. But not Rooney. When it came time to write her college admission essay last fall, she decided to write about how her nickname gave her strength and courage to overcome challenges on her journey with psoriasis.

You might be wondering, “What kind of nickname could do that?”

Well, her nickname was Wolverine. Let’s go back.

Rooney started showing signs of psoriasis at 7 years old. She believes it may have been after her newly pierced ears got infected. Her symptoms progressed, but it was not until age 12 that she was officially diagnosed.

Psoriasis made middle school a little bit harder for Rooney. She says there were as many kind classmates as mean classmates when it came to her psoriasis diagnosis. The kind ones seemed fascinated by it or did not comment, but the mean ones gave her the nickname Salt Shaker.

One classmate, however, saw Rooney’s distress about her psoriasis and asked her to explain what psoriasis was. After hearing her explanation, he blurted out, “Wolverine! You have the healing powers of Wolverine . . . kind of.”

Wolverine is a member of the X-Men, a team of superheroes with mutant superpowers that started as a Marvel Comics series and then was developed into the X-Men movie franchise. One of Wolverine's superpowers is an accelerated healing process that regenerates damaged or destroyed tissues of his body at rates far beyond those of normal humans. When someone experiences psoriasis, a dysfunction of the immune system leads to inflammation in the body and speeds up skin cell growth. Normally, skin cells completely grow and shed in about a month, but with psoriasis, skin cells do this in only three or four days. Instead of shedding, the skin cells pile up on the surface of the skin. [1]

Rooney’s young classmate was perceptive enough to make the connection between the two processes. “The comparison between Wolverine and a young girl with psoriasis adds more of a positive connotation to the disease, rather than viewing it as a problem,” Rooney says. “There is currently no cure to my psoriasis, so I knew I had to overcome viewing my disease in a negative light, or else I would continue to be insecure with my body.”

Although Rooney felt secure internally about her psoriasis, she did have to confront other aspects of her disease that she never anticipated – like this one certain day during basketball practice that she remembers well.

“Keep your head on a swivel,” the coach yelled to the girls’ basketball team. They were on defense. The coach was using a common term that meant the players should keep looking back and forth from the person they were defending to the ball, while also watching out for potential screens, passes, or rebounding opportunities. In other words, look for everything all at once.

Eventually, Rooney could no longer turn her head without causing the fiery red psoriasis plaques on her neck to crack and bleed. In pain and with tears welling in her eyes, she tried for the rest of practice to remain unnoticed by her coach and appear to be moving her head.

Exiting the steaming hot gym that day, Rooney confronted the harsh realization that her psoriasis might not be mentally holding her back, but it was physically holding her back. Then she remembered what being Wolverine had taught her. She had to be resilient and move forward on her journey, no matter what the next challenge was.

It is not surprising, then, that Rooney’s mind immediately went back to Wolverine when she was faced with writing a college application essay about surmounting an obstacle.

“I am not a superhero, but I am a ‘psuperhero.’ The letter ‘P’ is silent, as is my body’s response to treatment,” she wrote in her essay.

“I wanted to talk about my experience with psoriasis and how I have achieved success while managing my disease,” she said about her essay. “I have overcome many challenges in my life that were caused by psoriatic disease, and I felt the need to express that overcoming it is possible.”

It seems that her honest essay impressed the admissions department at DePauw University. Next year she will attend the school in Greencastle, Indiana, where she plans to major in global health and play on the women’s basketball team.

To date Rooney has tried several different systemic treatments for her psoriasis, with varying results. She is currently exploring a new option and hoping for better results and fewer side effects than in the past. She uses topicals to manage her symptoms until she finds a systemic option that works.

Although her Wolverine nickname has faded, Rooney still holds onto the insights that it gave her. There are plenty of times when her symptoms make her feel insecure or cause pain, but Rooney knows she has the strength and the psuperpowers to live with psoriasis and manage it the best she can.

Meet Your Other NPF Youth Ambassadors

These young leaders are not wasting any time getting involved with their community.