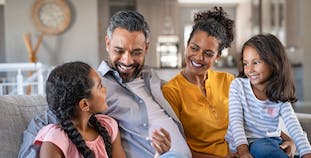 Patients with psoriatic disease receiving methotrexate should have their liver monitored.

Patients with psoriasis or psoriatic arthritis (PsA) who are controlling their psoriatic disease with methotrexate should have their livers monitored, according to findings from a large population-based study pre-published online in the Journal of the American Academy of Dermatology.

Methotrexate is commonly used in low doses to treat severe psoriasis and remains a first-line treatment for PsA and rheumatoid arthritis (RA) due to its immunosuppressant action; however, long-term use can lead to liver complications and damage. Patients with psoriasis and PsA may be more susceptible to liver damage than patients with RA, the study shows.

Included in the study were more than 40,000 Danish individuals with psoriasis, PsA or RA who were treated with methotrexate between 1997 and 2015. Outcomes for patients with each of these conditions were compared for the development of mild liver disease, moderate-to-severe liver disease, cirrhosis and cirrhosis-related hospitalization.

“We can only speculate on why relative differences in liver disease risk exist among methotrexate-treated patients with [psoriasis], PsA, and RA,” wrote lead author Joel M. Gelfand, M.D., University of Pennsylvania Perelman School of Medicine, Philadelphia, and colleagues.

However, they suggest the difference could be due to any of several factors. One might be that, while all three conditions predispose patients to liver disease, methotrexate may impact patients with psoriatic disease differently. It is also possible, the authors write, that the inflammation in psoriasis results in greater injury to the liver than the inflammation in RA, resulting in a decreased tolerance to the negative effects of methotrexate for those patients with psoriatic disease. Another possibility is that methotrexate is just more effective at reducing systemic inflammation in individuals with RA, leading to a greater reduction in liver disease risk.

As this elevated risk for liver damage was found to be independent of other major risk factors like age, gender, cigarette and alcohol use, as well as other comorbidities, the authors suggest their findings support conservative liver monitoring in patients with psoriatic disease who are receiving methotrexate, and particularly for those with psoriasis.

Learn More About Your Treatment Options

The Patient Navigation Center is here to provide personalized information about your psoriasis and psoriatic arthritis treatment.

Connect with a Patient Navigator