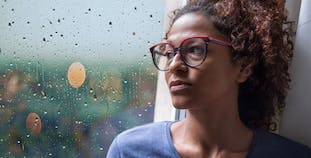 When Impacts Are Not Equal

In patients with similar levels of psoriatic arthritis (PsA) disease activity and treatment, women reported a greater impact on quality of life and disability compared with men, according to a study published in The Journal of Rheumatology.

While PsA affects men and women equally, research has demonstrated differences in how the disease presents between the two and impacts each group, according to Laure Gossec, M.D., Ph.D., Pitié-Salpêtrière Hospital and Sorbonne University, Paris, and colleagues. In previous studies, women have reported worse functional performance, more aggressive peripheral disease, greater levels of depression and anxiety, and increased work disability.

“Sex may play an underlying role in driving the mechanisms of PsA, leading to different clinical manifestations of the disease,” the authors write. “For example, men are more affected by axial [spine, pelvis] disease, whereas women suffer more from peripheral polyarticular [knee, ankle, shoulder, etc.] disease.”

With limited real-world data available, the authors conducted a cross-sectional survey to further examine the differences in disease burden among male and female patients with PsA. The researchers collected patient record forms of 2,270 patients from 572 rheumatologists and dermatologists who recorded patient demographics, disease characteristics, and treatment history over 3 months. Patients also voluntarily completed self-report questionnaires, which collected a range of patient-reported outcome measures, including health status, assessment of disability, impact of disease rating, and extent of impact on work impairment and productivity.

Although the authors noted that men with PsA had a higher mean score on the 66-swollen joint count – which the authors say warrants further investigation – they found no significant differences in the levels of physician-assessed disease activity. And, despite similar treatment regimens and a lower number of reported comorbidities, women reported a worse quality of life, greater levels of disability and impaired physical functioning, and higher levels of fatigue and pain compared with men.

According to the authors, biological factors are thought to play a role in the differences reported. They suggest further research should focus on the additional disease burden seen in women and whether alternative treatment plans could impact these differences.

“It is evident … that there is an unmet need in the female PsA patient population for effective treatments to improve disease burden, and that life impact needs to be taken into consideration along-side physician-assessed disease activity measures when planning treat-to-target approaches.” the authors write.

A look at estrogen effects and treatment considerations.