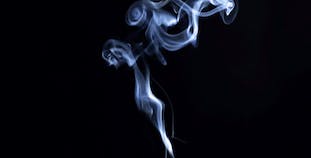 Why this unhealthy habit can make your psoriasis worse and harder to treat.

If you smoke and members of your family have psoriasis, here is a good reason to quit: You are increasing the risk that you too could develop psoriasis.

If you smoke and you have psoriasis, here is a good reason to quit: You may be making your psoriasis more severe, and you are making it harder for your dermatologist to treat your disease.

“Smoking tobacco can not only increase your risk of developing psoriasis, but it also can increase the severity of your disease,” says Albert A. Rizzo, M.D., chief medical officer for the American Lung Association (ALA).

A number of studies have shown that smoking increased the risk of developing psoriasis and having more severe disease:

Just being around those who smoke can also be a risk factor for psoriasis. A study published in March 2012 in the American Journal of Epidemiology on prenatal and childhood exposure to smoking found that early exposure to smoking slightly increases the risk of developing psoriasis later in life.

If you are overweight and you smoke, you are increasing your PsA risk even more, Dr. Prussick adds. “That’s because we know if you increase your BMI (body mass index) over time, your risk of PsA is higher,” he says.

Researchers cannot say for sure why there appear to be links between smoking and psoriatic disease, but they have a number of different theories, according to Dr. Prussick.

When you have psoriasis, the inflammatory response of your body speeds up skin cell growth. The body starts producing new skin cells every few days that build up on the surface of the skin and manifest as psoriasis plaques and scaly bumps. It appears that smoking increases a number of different molecules that regulate the immune system of your body, including free radicals (unstable atoms) and cytokines (cellular messengers).

“If your body is overwhelmed with too many free radicals, it can’t handle it, and they damage cells and increase inflammation,” Dr. Prussick says.

Cytokines help regulate cell-to-cell interactions. Smoking can damage this communication and may cause the immune response that contributes to psoriasis presenting, he says.

Quitting Can Help Clear Your Skin

Cassandra King, 36, of National City, California, started smoking as a teen. She knew it affected her health – she had some gastrointestinal and cardiac issues and suffered from anxiety and depression. But she was rather reluctant to quit.

As a child, King also had been told that the terrible rashes on her arms and hands were eczema. Then in August 2020, during the COVID-19 pandemic, pustules formed on the soles of her feet, making it hard for her to walk. “I knew it was something more than what I had been told, and I finally found a dermatologist who correctly diagnosed my psoriasis – two types, plaque and generalized pustular psoriasis,” she says.

That diagnosis was the impetus she needed to finally quit smoking. “My dermatologist informed me that smoking could cause flareups and make the condition worse,” King says. “He also informed me that stress was a major trigger for psoriasis as well, so I knew I had some work to do to keep it managed outside of just receiving new medication.”

On Oct. 1, King went cold turkey. “I had started cutting back drastically when I was first diagnosed [with psoriasis], so I just decided that on that day I was completely done, and I stuck to it!” King says with pride. “I found some meditations to help me work through some of the anxiety and emotions I was feeling. After three weeks, I knew I was creating new and healthier habits, and then I didn’t really even crave cigarettes anymore.” She hasn’t smoked since.

King is convinced that the combination of her psoriasis treatments – which include biologics and topical steroids – and quitting smoking is what has led to her skin becoming pretty clear. She also credits quitting smoking for feeling much better and much less anxious all the time. King says she wishes she could tell everyone with psoriasis: “Smoking definitely doesn’t help skin issues, anxiety or cardiac issues, and there are so many other healthy outlets that will help!”

Not only can smoking increase the severity of psoriasis, but it can contribute to or worsen a number of comorbidities, including cardiovascular disease, inflammatory bowel disease and lung cancer as well as several other cancers, Dr. Rizzo says.

Psoriasis is also linked to multiple comorbidities, Dr. Prussick says. “People with psoriasis have a higher risk of cancer and a higher risk of autoimmune [or immune-mediated] diseases such as Crohn’s disease – an inflammatory bowel disease – heart disease and even heart attacks and stroke. These are all reasons to stop smoking. Psoriasis in itself puts you at a higher risk of having a heart attack or stroke. If you smoke, you’re just adding to your risk,” he says.

Dr. Prussick says although he has seen a number of psoriasis patients in his practice who experienced disease improvement after they quit smoking, “their plaques did not completely disappear,” he says. “But their psoriasis became easier to treat, and they did get better.”

Had these patients never smoked, says Dr. Prussick, he can’t say that they wouldn’t have gotten psoriasis or PsA. “That’s impossible to know,” he says. “But I tell them if they stop smoking and lose weight, they are reducing their chances of developing psoriatic arthritis.”

'Blacking out became my new normal'

Alcohol was blowing up Jocelyn Hall’s psoriasis and her life. Then her boyfriend gave her an ultimatum.