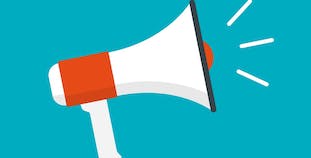 Standing Up for Others

As a nurse, Cynthia Heaton saw the lengths patients had to go to in order to get the care they deserved.

Cynthia Heaton of Williamsburg, Iowa, is a passionate advocate and co-chair of the National Psoriasis Foundation (NPF) Central Advocacy Committee. As a registered nurse, she spent many years working in a dermatology clinic and advocating on behalf of her patients by helping ensure their treatments were covered.

In 2017, Heaton got involved with NPF’s advocacy efforts to pass step therapy reform in Iowa. That year, she attended the Iowa advocacy day and, ultimately, the bill signing ceremony. Heaton has also attended multiple Capitol Hill Days, where she has met with her members of Congress to advocate on behalf of people with psoriatic disease.

Q: When and how did you decide to become an advocate with NPF?

HEATON: I had received a phone call from one of the advocacy team members, and they were in the process of putting together a team to go to the capitol in Des Moines, Iowa, to advocate for a step therapy bill. Over a couple of calls, I learned a lot about what would be involved in lobbying for a bill. Once I sat through those calls andheard all that was involved, I was hooked, and I knew I wanted to advocate on behalf of patients with psoriasis and psoriatic arthritis which, as a nurse, I saw regularly.

I was a nurse manager of a dermatology clinic, and we had a phototherapy unit, so we dealt a lot with psoriasis, and advocating for our patients was very important. I went to conferences, and I met Lakshi Aldredge and got to work with her on a couple committees. She’s a nurse practitioner at the VA in Portland, Oregon. We knew each other through the dermatology nursing association. When they were looking for someone in Iowa, they must have asked her, and my name came up.

I was very nervous to do something like this, because I didn’t know much about politics. I knew enough to vote in elections, but I didn’t know anything about how government works. I jokingly said, “I slept through that class.” I still have a lot to learn, but I’m getting it.

Q: What are you most proud of from your advocacy?

Most definitely advocating for the patient is the most important, and when you have a good outcome that’s something to be very proud of. Going to Des Moines and lobbying for step therapy – and it actually got passed, and I had the opportunity to go back for the signing of the bill – I was very proud of that because I knew I was a part of it.

Q: What is one key lesson you have learned in doing this work?

Anyone can be an advocate. All you need to do is have something you are passionate about or have a need to be heard about. Being a nurse, I see firsthand the severity of plaque psoriasis and the importance of not having barriers to get the treatments you need.

With just a voice, you can make changes.

Q: Why do you continue to advocate? What keeps you motivated?

I want to continue to have my voice be heard. Everybody has a voice, and it’s up to you to use that. Seeing NPF involved at a state and federal level is so rewarding, as is being involved with other states. It gives you a better sense of how big NPF is. I’m on a call, and I have people from Louisiana, Texas and Kansas all on the same call.

Q: What do you say to those who are thinking of speaking up or advocating themselves?

I tell them to find something that they are passionate about. Research locally and in your state once you decide what you want to do. Google can be your friend to find things as you are learning.

Q: How has step therapy impacted you?

My personal experience was with my son. He was on a medication [not psoriasis related] that he had been on since he was a baby. When I changed jobs, even though I had the same insurance, it was with a different employer and was a different level. I had to go through the preauthorization process to get authorized to use the drug that he had been prescribed and had been using for years – at this time he was 13 years old.

They told us we had to go back and start with a drug that he had been on before that we knew didn’t work. So through that process he developed some other symptoms, so we had to go and have treatments done.

As a nurse, we had to do a lot of appeals to try to get medications paid for. It was the same kind of thing. We knew they need a certain drug and they had already failed on others, but insurance was dictating what drug they needed to be on.

It can be very costly, and it puts people through things they don’t need to go through.

We All Have a Story to Tell

As Cynthia says, "With just a voice, you can make changes."

Tell us your story