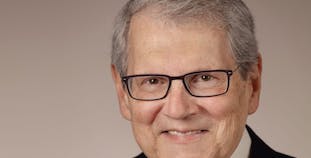 Six longtime members of our community pay honor to Stephen I. Katz, M.D., Ph.D., a tireless advocate for our cause and a champion to everyone who faces life every day with psoriatic disease.

Katz came to the U.S. National Institutes of Health (NIH) in 1974 as a senior investigator in the dermatology branch at the National Cancer Institute, where he initiated a research program in the immunology of skin diseases. In 1995, he became the director of the National Institute of Arthritis and Musculoskeletal and Skin Diseases (NIAMS), one of the 27 institutes and centers that make up the NIH. NIAMS conducts and supports research into the causes, treatments and prevention of diseases of the bones, joints, muscles and skin.

The tributes to Katz that follow have been edited for length and clarity.

Steve was a true scholar and showed his most generous side when mentoring. I was a new tenure-track physician/scientist in the NIH Intramural Program in Bethesda. I was trying to characterize a connection between psoriasis and heart disease. Why were these two distinct diseases linked? I had limited knowledge of preclinical models in inflammatory conditions. My colleagues immediately said, “You need to talk to Steve Katz!”

Though he had never met me, shortly after I sent an email to him, Steve called me up, invited me to his office and spent an hour and a half with me sharing his journey and knowledge openly. He initially started by telling me what I was interested in accomplishing was a lofty goal, and I should accept failure as an expected outcome. But he said my goal was important.

He proceeded to tell me many anecdotes about his experiences along the way so I could learn and not make the same blunders. He oozed kindness. Over the years, Steve and I met many times around D.C. and on campus. He shared more than science with me; he drove home what a special place the NIH Intramural Program was, letting people explore and study “tough science.” But, most of all, he told me to never stop having fun. And I haven’t.

I got very tearful when I heard about Stephen. He and I did our joint fellowships in London in the early 1970s. He was doing an immunology fellowship at the University of London and I was doing my fellowship at St. Johns Hospital for diseases of the skin. He would often come to our meetings. That’s how we got to know each other. Even in those early days, my colleagues were amazed at his knowledge and understanding. When they had meetings, when they had cases, Stephen, in his own quiet way, was always in the forefront of the conversation. We remained friends ever since.

One of the real positive things about Steve was that he never talked down to anybody, whether they were a medical student or anyone else. He was frank, honest and kind.

From a scientific perspective, he has to be considered one of the most high-quality dermatologists in the history of American dermatology. I mean that sincerely.

On behalf of the psoriatic disease communities, I would like to honor and thank Dr. Katz for his leadership in dermatology research and his dramatic and long-lasting support for all positively affected by NIAMS research. He was an exemplary leader who showed compassion, remarkable empathy and active listening, with a genuine interest in those he served. He was most generous in coordinating an all-day workshop at NIAMS on gaps and opportunities in psoriatic arthritis research, and allowing me to represent the patient population.

He was a wonderful human being.

An Effective and Tough Advocate

Steve was a dedicated scientist who was fair, caring and insightful. During my years at NPF, Steve was a frequent advisor and supporter. I met him when he attended our first interdisciplinary scientific workshop, held in 1989 in Deer Valley, Utah. At that time, he was the lead scientist in skin cancer research at the NIH.

I got a chance to establish a personal acquaintance with Steve when we broke off from a group of doctors hiking up the mountains during one afternoon meeting break. I was lucky to be in the same shape as Steve as it gave me the opportunity to sit with him on the edge of a cliff looking out over the scenery with our legs dangling. We talked for quite awhile about our views on research, and to share some of our personal history.

It was here that he told me how much he admired Ken Halprin, the Foundation’s co-founder, and how much he respected his integrity and independence. Ken had been his mentor and professor when he was in medical school.

From that point on, Steve and I had a professional and friendly relationship. He was always there for the Foundation when I asked him to speak at our national conference.

Steve was a big advocate for the patient groups in skin. He was always welcoming when they visited NIAMS. Steve was a leader among a group of dermatologists at that time who worked hard to achieve recognition of skin disease research on a par with other disease research.

We are indebted to scientists like Steve, who in those early years were effective and tough advocates for skin research, including psoriasis. Without them, patients would not have gained a place at the table.

A Great Friend to Dermatology

Steve Katz took me under his wing early in my career, and nominated me for membership in the American Dermatological Association. I learned very quickly that virtually everyone in dermatology with an interest in research was influenced by Steve in a positive way. He was always encouraging, but gave the best constructive criticism I’ve gotten from anyone. In my role as chair of the medical board of the National Psoriasis Foundation, there was no one in Washington, D.C., who was more supportive and had better ideas to move efforts to treat psoriasis forward than Steve Katz.

As president of the American Academy of Dermatology, my most pleasant day was the one I spent lobbying on Capitol Hill with Steve to raise funds for the NIH and for dermatology research. He had the respect of every lawmaker we encountered. That included individuals who were reluctant to support research, but nevertheless listened to Steve, who unquestionably influenced them to support the NIH.

As chair of the Department of Dermatology at Mount Sinai, he supported my efforts to find basic researchers for our department at many points, including Anne Bowcock, who in 2003 discovered the first psoriasis gene.

Steve Katz was a great friend to dermatology and to me personally, and he will be missed by many. He leaves behind an extraordinary legacy.

A Man Who Lived Patient-Centeredness

I met Dr. Katz in 2012. I had recently joined NPF to head the government relations and advocacy team and learned from colleagues of the Foundation’s long and collaborative relationship with NIAMS. What I did not yet appreciate was how Dr. Katz drove this positive relationship between patient groups and NIAMS.

NPF was planning a congressional briefing on the connection between heart disease and psoriasis and we wanted Dr. Katz to present. He surprised me by quickly accepting. He delivered compelling remarks – one of many times we asked over the years. Having gotten to know him, I later jumped at the opportunity to work more closely with him by serving as co-chair of the NIAMS coalition, a group of 90 patient and provider organizations.

As I reflect on my interactions with Dr. Katz, what strikes me is how he always kept the purpose of his work – individual patients – at the forefront. “Patient-focused drug development” is the buzz term of the day in Washington, D.C., health policy. Dr. Katz is a man who lived patient-centeredness well before it became popular. We might not have known it, but we all benefited.

Honor Stephen Katz and His Impact on Patients

Support promising research that paves the way for better treatments, a better quality of life and a cure.