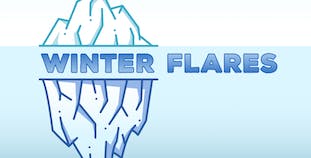 Thawing the Fact From Fiction Behind Winter Flares

Do you feel like the cold, dark weather triggers your psoriasis or psoriatic arthritis? If so, you’re not alone. Two doctors offer potential reasons and practical advice.

The first thing you have to understand about winter flares is that science doesn’t tell us much.

The second thing is that just because we don’t understand the connection between winter and flares doesn’t mean there isn’t one.

As of December 2018, on Citizen Pscientist, our global, patient-powered research platform, 3,202 people with psoriasis ranked the seasons from worst to best. Four out of 10 chose winter as the season that most aggravates their disease. Not everyone felt the effects of the season: 1,354 people, about 40 percent, reported, “I don’t notice a difference.”

“There’s not a lot of scientific evidence for winter flares. The evidence is mostly anecdotal,” says Abby Van Voorhees, M.D., chair of NPF’s medical board and a dermatologist at Eastern Virginia Medical School in Norfolk, Virginia.

“If you ask most derms, they’ll tell you that a great many of their patients flare in the winter,” Van Voorhees says. “Our theory is that a diminished amount of ultraviolet light is behind the flares. This is why artificial UV light is hugely helpful. But we still don’t have a true understanding of how this works.”

In that Citizen Pscientist survey, 1,389 people with psoriatic arthritis (PsA) also weighed in on the seasons. Three out of 10 reported winter as their least-favorite season. Summer consistently trailed, this time even further behind at 2 percent. In this group, 828 people didn’t notice a difference.

“Weather can be a trigger,” says Arthur Mandelin, M.D., Ph.D., an NPF medical board member and a rheumatologist at Northwestern University’s Feinberg School of Medicine in Chicago, Illinois.

“Some people are weather-responsive, some aren’t. You just can’t make a blanket statement about weather and psoriatic arthritis.”

A Change in Climate

Mandelin searched the National Library of Medicine, part of the U.S. National Institutes of Health and the world’s largest biomedical library, for studies on PsA and weather. The search didn’t take long because there wasn’t much to find: a scarce 13 hits going back to 1964.

“The only study with any relevance was published in Norway in 2004. It involved weather therapy,” he says. “The researchers took a group of people with psoriasis and psoriatic arthritis and sent them to Turkey for two months. The subjects filled out questionnaires at one week and two months about their quality of life. This information was used to determine their PASI [Psoriasis Area and Severity Index] score.”

An extended vacation in Turkey may appeal to many people, but Mandelin isn’t about to prescribe it for his PsA patients.

“The psoriatic arthritis patients in the study saw minimal improvement,” he says. “It was statistically significant, but still minimal. Their quality of life improved slightly, but their pain did not. So you might have had a bit better function in one knee, but no less pain.”

As for permanently relocating to a warmer, sunnier climate, don’t pack your bags just yet.

Van Voorhees says, “In the old days we often suggested moving to sunnier climes to our psoriasis patients, but that’s not necessary now given the prevalence of UV treatment, in a doctor’s office or in your own home, and all of the other treatments available today.”

Mandelin agrees. His patients who are snowbirds, migrating every year as they follow the sun, tell him that a bad weather day is a bad weather day no matter what their address. “Should you move to a better, less wintery climate? My unsatisfactory answer: Maybe,” he says. “I wouldn’t let your psoriatic arthritis be the deciding factor. For many people, over time your body adapts to the new weather, and then it turns out that winter in Arizona is still winter.”

Your Best Defense Is Treatment

When winter arrives and your skin is cracked and bleeding or your joints are practically crying out, don’t despair. Both Van Voorhees and Mandelin agree that staying on treatment is your best approach. Take your medications. Go to your appointments. If winter weather is a trigger for your psoriatic disease, the last thing you want to do is get out of sync with your treatment schedule. If your condition suddenly flares, don’t scour real estate listings in warmer climates. Make an appointment with your health care provider as soon as possible.

Van Voorhees and Mandelin encourage you to speak up if you believe that winter is a trigger, because you might have the option to reinforce your current treatment.

Other than treatment, she suggests what nearly every doctor everywhere suggests: Try to live a healthier lifestyle. Maintain a healthy weight, exercise, manage stress, and know your triggers.

“Staying on treatment is likely my only reliable high-quality advice,” Mandelin says. “Changing to a new med won’t help, as it often takes two to three months for the new med to take effect, and by that time you’re into the next season. You’d be chasing your own tail.”

For people with PsA, Mandelin says, doctors cannot do much if winter is triggering a flare, or if it feels like winter is the trigger. However, he agrees with Van Voorhees that you can fine-tune your treatment. He borrows a term from the treatment of asthma: If you’re losing function in a particular joint, “perhaps we can add a ‘rescue’ medication to your regular treatment, in case that isn’t keeping things under wraps.”

Arm Yourself Against Winter Flares

Winter has come. And we are here to help. Request our Seasonal Flares Guide to see what you can do to manage your psoriatic disease this season.