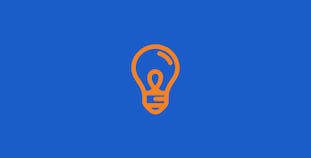 Use Only as Directed

When you follow the instructions and take proper precautions, home phototherapy use can be effective and safe for treating psoriasis.

On March 26, 2021 Women’s Health online and several other media outlets reported that Brandi Glanville, a former star of The Real Housewives of Beverly Hills television show on Bravo, had been burned while trying to treat her psoriasis with a home phototherapy device. According to the article, Glanville admitted to misunderstanding the instructions of her health care provider, thus using the light on her face for 17.3 minutes instead of 17.3 seconds. [1]

The high-profile nature of this unfortunate event has left many with questions about the safety and effectiveness of phototherapy, particularly at home. Henry W. Lim, M.D., the program director of the C.S. Livingood Research Fellowship and Photomedicine/Laster Research Fellowship at Henry Ford Health System in Detroit, Michigan spoke with the National Psoriasis Foundation about these concerns.

Anyone who saw the photos of the burns that Glanville shared on Twitter (@BrandiGlanville) would first want to know about the safety of using phototherapy to treat psoriasis. “Properly done, it is absolutely a safe option,” says Dr. Lim. “It is a widely used option for the treatment of psoriasis.”

But what about the skin on the face, which can be much more sensitive than on other parts of the body, like the arms or legs? “Again, properly done, we treat the entire body including the face. Usually for the face, the maximum dose is a bit lower compared to the body,” says Dr. Lim. He goes on to explain that the dose for the face and body often starts at a lower level, and then the face remains at that lower level, while the body is treated with an increased dose of phototherapy if it was well tolerated.

“For home phototherapy, one has to follow the instruction well in terms of the distance where the lamp and the body area to be treated are, because the closer [the lamp] is, the higher the energy level would be,” says Dr. Lim. “One has to follow the instructions in terms of how much time [phototherapy] is to be delivered. Most of the newer units nowadays, one can deliver by dose.”

Are you feeling better about the safety of home phototherapy as an option for treating your psoriasis? Then you might be wondering if it is effective. “It is definitely a very viable option that is relatively easy to administer and that is effective for the treatment of diseases,” says Dr. Lim. “The other advantage is that this is an external therapy. Some patients prefer not to take anything internal or get injections.”

Dr. Lim also notes that home phototherapy is growing in popularity, and it is one more place where the pandemic has made an unexpected impact. “It is becoming more common for multiple reasons. One is that clearly it is more convenient for the patient. They don't have to come to a [office] phototherapy unit 2 to 3 times a week,” says Dr. Lim. Because of the pandemic, “we purposely do not see as many patients as we did before, in order to keep social distancing. So, home phototherapy is a very good option. Having said that, for my practice, what I do for most patients – I would start with office phototherapy first. Once I know the patient would respond well, then we can consider home phototherapy.”

For people with psoriasis who are interested in potentially being involved in a home phototherapy clinical trial, the Light Treatment Effectiveness (LITE) Study is worth exploring. Funded by the Patient-Centered Outcomes Research Institute, this is a collaborative effort led by the National Psoriasis Foundation, Joel Gelfand, M.D., professor of dermatology at the Perelman School of Medicine at the University of Pennsylvania, and Kristina Callis Duffin, M.D., professor of dermatology at the University of Utah. The goal of the study is to generate data necessary to better inform treatment decisions for phototherapy candidates, potentially further supporting home phototherapy as a safe and effective treatment option and increasing access.

It is important to know all your psoriasis treatment options.