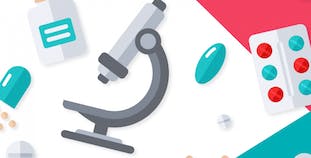 More biologics, an oral medication and a topical draw interest from top dermatologists.

At this time, there is no cure for psoriasis – not yet, at least. Still, dermatologists have treatments to help their patients achieve the next best thing: clear or near-clear skin and decreased systemic inflammation.

“A number of new treatment options are in the pipeline,” says Jerry Bagel, M.D., National Psoriasis Foundation (NPF) medical board member and director of the Psoriasis Treatment Center of Central New Jersey in East Windsor, New Jersey. Some of these treatments, which are in Phase 3 trials, could receive U.S. Food and Drug Administration (FDA) approval and hit the market in the next year or two, he says.

Dermatologists’ expanding arsenal is a big plus, because the more options for patients, the better, says Mark Lebwohl, M.D., a past president of the American Academy of Dermatology, chair emeritus of the NPF medical board, and dermatology professor at the Icahn School of Medicine at Mount Sinai in New York City. Patients often find that one treatment is more effective for them than another. Patients also may discover that a treatment that’s been effective for them stops working after awhile. In that case, a newer, similar treatment might work better, Lebwohl says.

Here’s a look at some biologics, an oral medication and a topical for psoriatic disease in development that top dermatologists are truly excited about.

Two of the medications in development are biologics, which are medications manufactured in a laboratory from living cells – human, animal or bacteria.

Interleukin-17 is a cytokine, a protein that stimulates an immune response when it interacts with its receptor that can result in inflammation in people with psoriasis. Its family has six members, identified as IL-17A through IL-17F. People with psoriasis lesions have been shown to have much higher levels of IL-17 proteins in their bodies than do people with normal skin, Bagel says.

Two biologics currently available, Cosentyx (secukinumab) and Taltz (ixekizumab), spe-cifically inhibit IL-17A, while a third, Siliq (brodalumab), targets IL-17 receptor A. UCB, a global biopharmaceutical company, is now in Phase 3 trials for a fourth biologic, bimekizumab. Bimekizumab targets two cytokines, IL-17A and IL-17F, which are closely related and share many biological proper-ties. The hope is to inhibit these cytokines and reduce the inflammation that leads to psoriatic disease, Lebwohl explains.

Based on the results of its Phase 1 and Phase 2 trials, bimekizumab is going to be another excellent option for patients. In the studies, almost all patients (93 to 100 percent) showed a positive response. The medication helped them attain at least a 90 percent improvement in scores used to measure disease severity. In addition, their scores using the Psoriasis Area and Severity Index (PASI) were maintained from week 12 through week 60.

Bimekizumab also appears to be quite safe, Bagel says.

Phase 3 clinical trials of bimekizumab totaling several thousand psoriasis patients are ongoing. Bimekizumab also is being evaluated for the treatment of psoriatic arthritis.

Most IL-17 biologic treatments are given by injection every two to four weeks.

Eli Lilly and Co. is pursuing the development of mirikizumab, which binds to a subunit of interleukin-23, another cytokine involved with inflammation. Three IL-23 blockers have already been approved and are on the market: Ilumya (tildrakizumab-asmn), Tremfya (guselkumab) and Skyrizi (risankizumab-rzaa).

Like IL-17, IL-23 promotes inflammatory responses. The goal of this new drug is to block interaction with IL-23 receptors, preventing their release of proinflammatory cytokines.

Paul Yamauchi, M.D., a dermatologist at the Dermatology Institute and Skin Care Center in Santa Monica, California, is looking forward to having more options within the same class of drugs. “Perhaps for some reason you try one agent in a class, and it works well, but then it stops working. With others available, you could try another agent in the same class and get a response to it,” he says.

Mirikizumab is given as an injection every two to three months. Initial studies found it to be slightly less effective than other IL-23 blockers, but in Phase 3 trials, when the dose was increased, its performance improved, says Andrew Blauvelt, M.D., a dermatologist with Oregon Medical Research Center in Portland.

Mirikizumab could be used to treat psoriatic arthritis in the future too, Bagel adds.

Lilly is looking to submit to the FDA for approval in 2021.

While the number of oral therapies on the market for psoriasis is limited, some patients prefer a pill to injections for a variety of reasons, says Blauvelt.

Bristol Myers Squibb has an oral therapy in the pipeline – BMS-986165, a tyrosine kinase 2 (TYK2) inhibitor. TYK2 is an intracellular signaling kinase (enzyme). As with the other medications, the goal is to stop the immune and proinflammatory signaling pathway that leads to chronic inflammation and diseases such as psoriasis. TYK2 mediates signaling of IL-23, IL-12, and type I interferon-driven responses.

“BMS-986165 seems to have a balance of good efficacy and safety,” Yamauchi says. Unlike biologics, Yamauchi says, he also does not expect that patients would be required to undergo routine lab monitoring while on the medication.

The pill would be taken once a day.

If BMS-986165 does come to market, Blauvelt believes it would help satisfy patients who are asking for oral medications.

Topical medications, which are applied to the skin, often are given to patients with mild-to moderate psoriasis and are sometimes used with oral medications or biologics.

The big news in topical agents is tapinarof, which is in development and does not contain any steroids, Lebwohl says. Dermavant Sciences, a subsidiary of Roivant Sciences, is developing the once-daily topical therapeutic aryl hydrocarbon receptor (AHR) modulating agent for treatment of psoriasis and atopic dermatitis.

In preliminary studies, tapinarof’s efficacy appears to be as good as that of topical steroids, Yamauchi says. In early studies, results were improved when patients used the topical twice a day, according to Bagel.

Researchers identified AHR as a protein involved in inflammation. AHR is a transcription factor, a protein that carries out instructions from your body’s DNA that regulates the way your cells function. The researchers found that activating this particular protein reduces inflammation in the skin of people with psoriasis.

“Because it’s nonsteroidal, you could use it anywhere on the body,” says Bagel. “That would make it nice to have in our arsenal.”

In a press release, Dermavant said it is likely to have the data and file a New Drug Application with the FDA for tapinarof topical cream for the treatment of plaque psoriasis sometime next year.

Blauvelt says he is not expecting any new medications for psoriasis to hit the market this year, but he is hopeful that at least some of these treatments will be available in 2021 to improve the options for people with psoriatic disease.

Connect with others and discover interactive tools to help you care for your mental health and thrive with psoriatic disease.